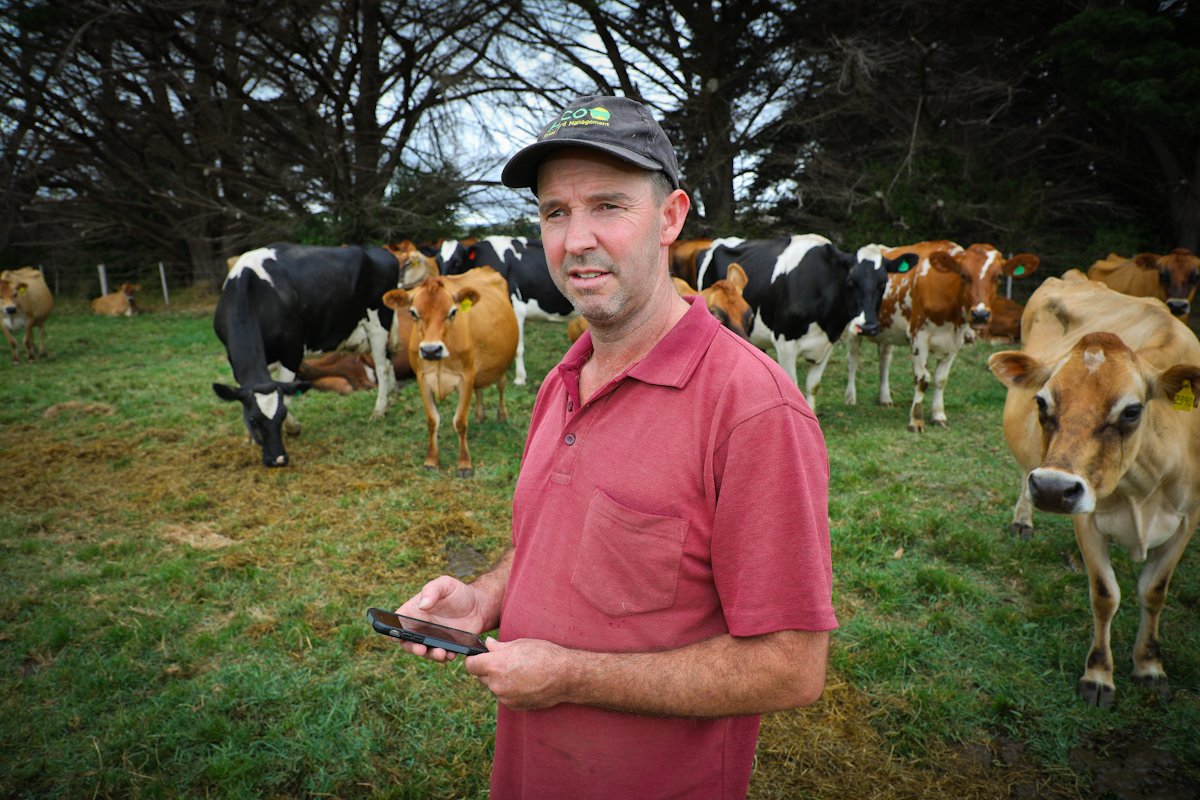 IT’S not uncommon to see Paul Cocksedge staring at his phone screen in the yard surrounded by cows. Or at the dairy, or even down the paddock.

But rest assured, the production manager of a 400-cow dairy farm owned by the Vagg family at Leongatha South is actually working. And, not only is he working, he’s making important decisions about the herd more efficiently than he ever did before.

Through this app he can access all the production, cell count, calving and joining records of the herd. It’s at his finger-tips and this ensures quick and correct decisions on-farm.

“Every Tuesday is cull day,” he said.

“I try to milk Tuesday morning so if there’s a cow who is a bit suspect, I’ll look her up on the app and get her cell count history and production history, when or if she’s due to calve and to which sire and make a decision then if she is retained or culled.”

“It also works with production. In the dairy we have flow metres which measure litres, but we are not paid on litres, we are paid on components. If she has low production through the flow metre, I’ll look-up the app and check her components. Sometimes her production is a lot higher than I thought. Going purely on volume, a lot of cows would have met their end, but because you can see how many solids they are giving by looking up the app on chopper days, it is not always low volume cows which get culled.”

Paul is the only staff member at the farm who currently uses the HerdData app, but there’s moves to get more people involved.