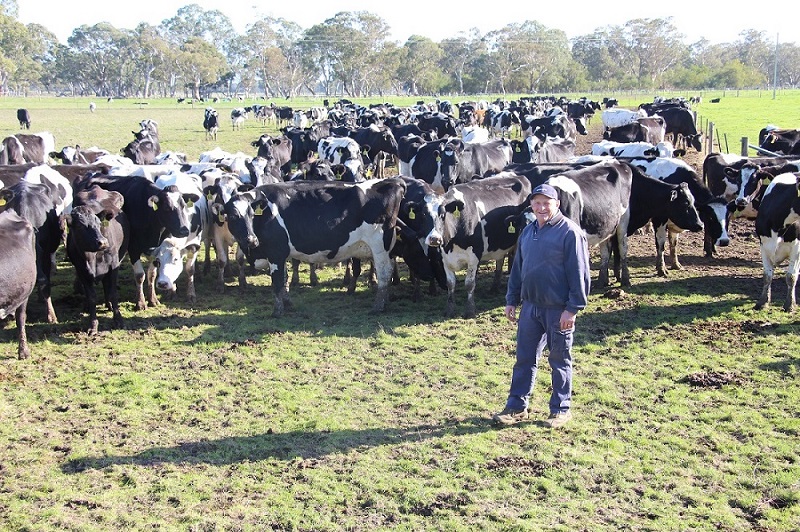 Sitting in the dairy office, Andrew Cavill took a sip of his coffee and made a decision that changed the course of his business. It was the morning after pregnancy testing and less than 50% of his Holstein herd was in-calf.

He called the local meatworks and booked in the 180 empty cows.

“It was a bold decision – some said it was a stupid decision – but I knew carryover cows were costing me money, not making me money,” the South Australian sharefarmer said.

“We were lucky. Cows were selling well and chopper prices were good. We replaced 180 empty cows not giving much milk with 205 that were ready to calve and it never cost a cent.”